Skip to content
Search
Close
I thought I’d blog about my most recent holiday country by country rather than as one long post.  As we travelled through some gorgeous areas, I took a ton of photos and thought that it may get boring as one post. Additionally, the difficult recent history of these small countries lends itself to a lot of reading.Some background, the trip took me via boat down the Danube through five countries.  I flew into Budapest, Hungary and began touring there. The trip ended in Romania, on the Black Sea. In between we stopped in Serbia, Croatia and Bulgaria.

The Chain Bridge is a suspension bridge that spans from the West to East sides of the Danube, connecting the two sides of the capital city of Hungary, Buda and Pest.

The next few photos are of the Matthias Church. It has been destroyed and rebuilt many times over the years. It served as the site of the coronation for many of the kings of Hungary, including the last two Hungarian Hapsburg kings. 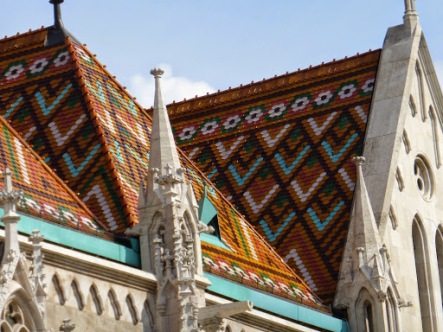 These next photos are just a few that I liked from around the city. We were lucky enough to travel during Easter. This is a major holiday in this area and we got to celebrate it twice as the Catholic Easter and Orthodox Easter fell on different Sundays this year.

The next two photos are at an Easter Market. These pop up for Easter weekend and consist of shopping and food stalls. So much pork…I was in heaven! 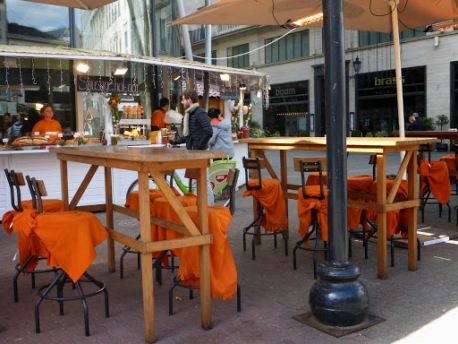 The “Shoes on the Danube Bank” is a memorial to honor the Jews who were killed by Arrow Cross militiamen during World War II. They were ordered to take off their shoes and were shot at the edge of the river so that they fell in and their bodies were carried away. The monument represents the shoes that were left behind. It is comprised of 60 pairs of shoes made out cast iron in the style of the period (1940’s.) It is a moving thing to come upon whilst walking down the street.

The next group of photos is of the Hungarian Parliament building. It is a gorgeous building, both inside and out.  It is the seat of the National Assembly of Hungary and the largest building in Hungary. I liked it the most lit up at night. The Hungarian crown jewels are kept in this building but they won’t let you take photos in that room. They don’t even come remotely close to the crown jewels of Great Britain so it isn’t much loss to not have a photo. It is a crown with a crooked cross on the top (no one knows how it got bent and they didn’t tell us why no one fixed it which just annoyed me,) a sceptor and a crystal ball. 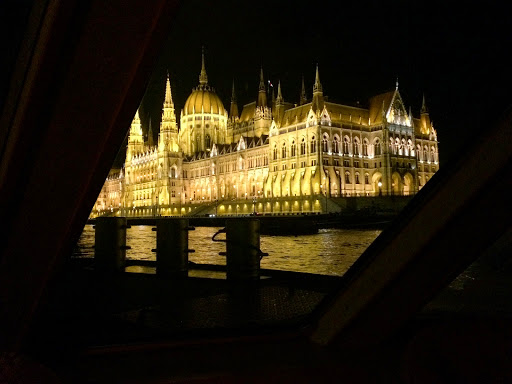 2 thoughts on “On the Danube through Eastern Europe”