Skip to content
Search
Close
A few interesting facts about Croatia and this area. Croatia is a member of the European Union but not the Schengen Area. The Schengen Area consists of 26 countries that have abolished border control along their common boarders. So, a passport check isn’t necessary to travel between them. Croatia is one of only six countries in the EU that isn’t a part of this area.  They are desirous of being included and are currently working towards this goal…which meant we had to wake up at 5:30 am to go down and do a face check with our passports at the border crossing. The entire boat groaned when we heard this…we all thought it was a joke at first. This desire to be part of the Schengen Area is a little ironic considering that the brutal war that ended in 1991 was mostly fought over independence
Another interesting fact is that Croatia isn’t really part of the Balkan Peninsula, although Croats consider themselves to be Balkan people. It is only partially within this area and is really more Southeast or Central Europe.
Something I found fascinating is that the official language during the war was Serbo-Croatian but it was written in two different alphabets! The Croats use the Latin alphabet while the Serbs use Serbian Cyrillic. They still both have two different alphabets and speak a common language, although there is technically a Serbian language and a Croatian one. From what I was able to glean, they aren’t really very different but the people are pretty stuck on the idea of their country having its “own” language and even during the war many people referred to the language as Croato-Serbian instead of the other way round.
The country is still recovering slowly from the war. The town of Osijek was 90% wiped out. I can’t even begin to imagine coming back from that.  Additionally, the unemployment rate is something like 20%. They are struggling to keep young people in the country. They offer a good, free university program so many students get their degrees and then leave for better jobs.

The next few photos are the inside of an Orthodox Christian church. We went into a few of them throughout the trip and the common theme is that they are very ornately decorated. I don’t find it remotley appealing but it is interesting. The light is bad in these but you get an idea for how overdone they are.

To clarify, this was not a huge church, it was a little bitty thing but jam packed full of all of these decorations. Everywhere you turned was something else. It was incredible! 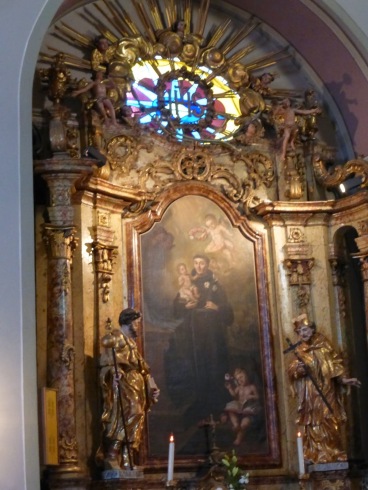 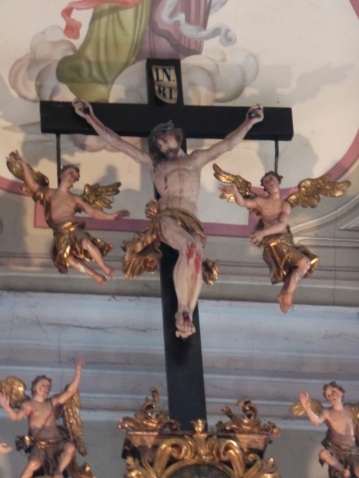 The next series of photos are shots of the city and architecture in Osijek. You can see how beautiful it used to be and how much damage is yet to be repaired. I actually think some of these are prettier because of this dichotomy. 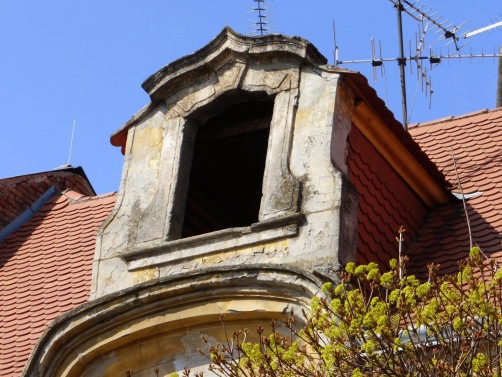 My door and window fixation is showing up again… 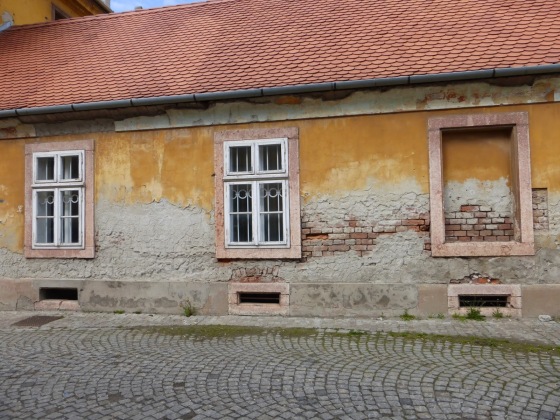 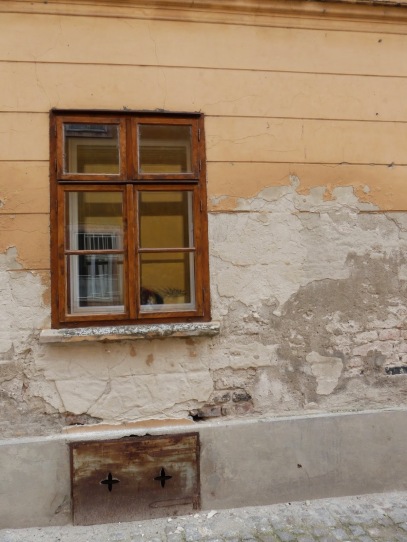 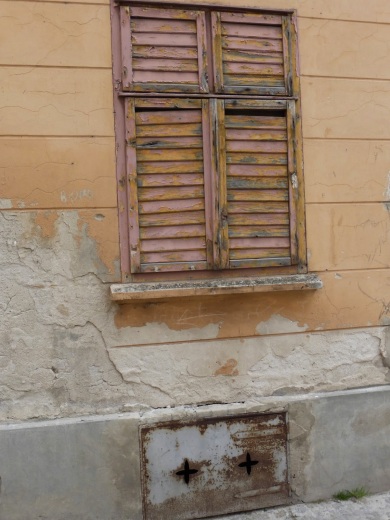 This water tower in Vukovar gives you an idea of the damage done by shelling during the war. It was a scary sight to see.