We went to one of the private beaches here today. There are a ton of them, this one was new for me. Some of them feel like fairly normal beaches, some are a bit strange. This one was strange.

Initially they wouldn’t they us in because we were a group of “singles.” This country likes married people, not single people. Can you imagine that they asked me for my marriage license when my friend and I tried to enter? They said they need it because our last names aren’t the same so how can they know we are married. This stuff drives me demented. I rarely complain about this country but at times it is painful. The name of the beach is the “Intercontinental” but I think “noncontinental” is much more fitting after this idiocy. Anyway, we got around that nonsense and went in. There is ALWAYS a work around here. I love that aspect of the country!
Along one side of this beach was a Saudi beach area. So a wall was put up along the walkway and then the wall was modified to make as little visibility as possible. So between each barrier they have cut a piece of wood to fit around either the ornamental statuary or the lamp posts that are there! It’s so stupid that you just have to laugh. 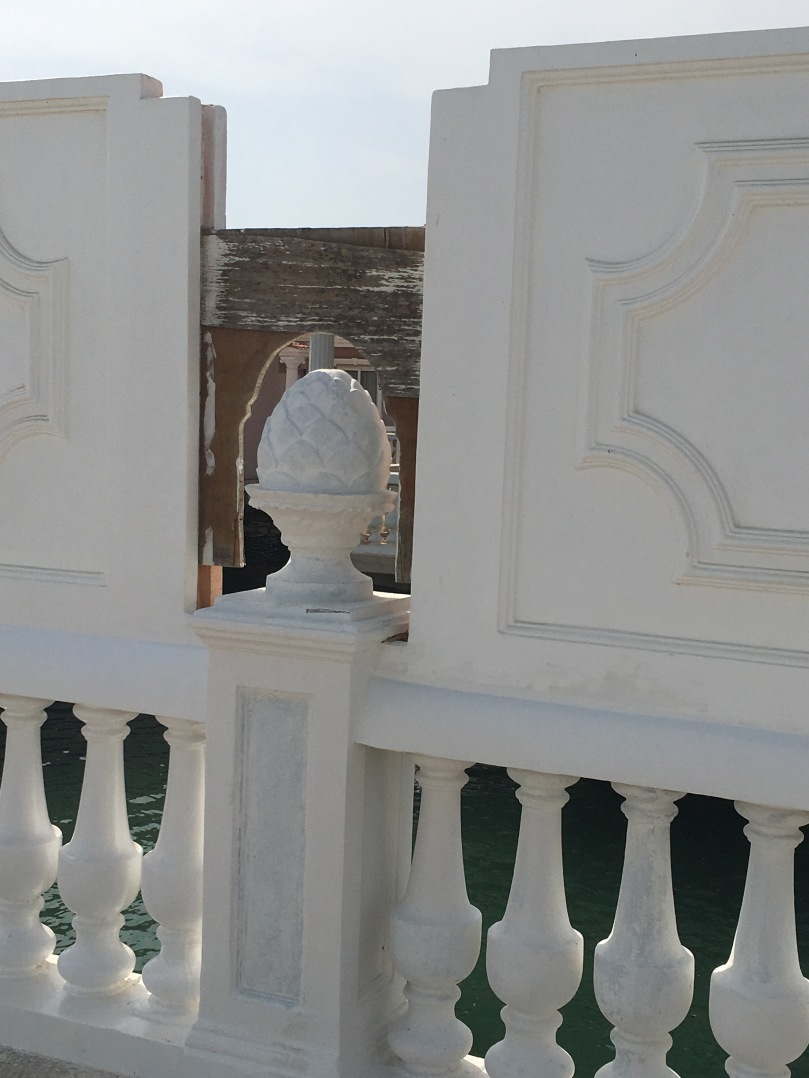 Then along the boardwalk there are man made islands, the first one has become the shisha island and the second one used to be for diving but it is now empty. Out at the end of the walkway, by the open sea, they have covered the original area with the new balcony. So they simply closed off the top of the staircases but everything is still down there. Tables, chairs and bathrooms. It’s bit ghostly but makes a good place to set up fishing equipment.

We did some snorkeling and fishing. All in all a good day with great people!

Caught this little guy. He was really pretty, the tail, fins and mouth were a gorgeous turquoise blue color.

This is the walkway that has the silly barricades along it to the right side. 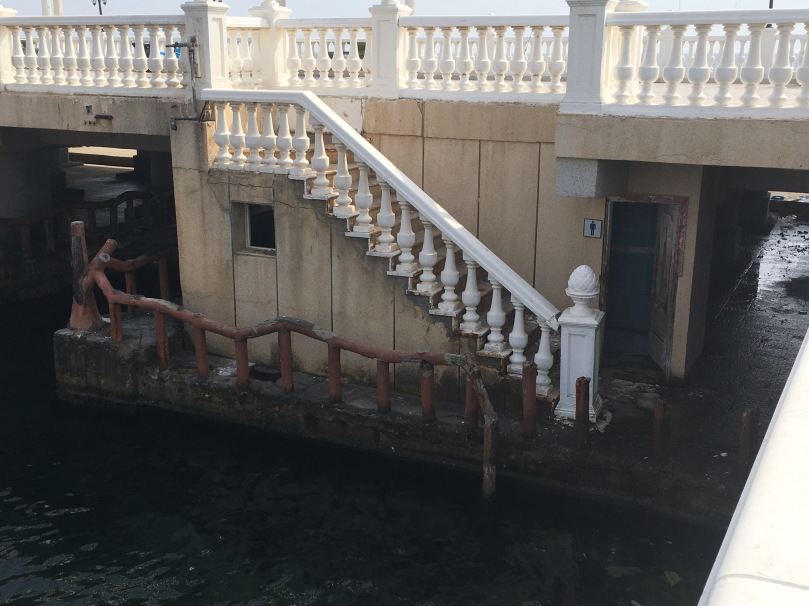 This is the balcony area out at the end of the walkway. You can see the staircase with no access except climbing over the railing. Then the old infrastructure down underneath the new. 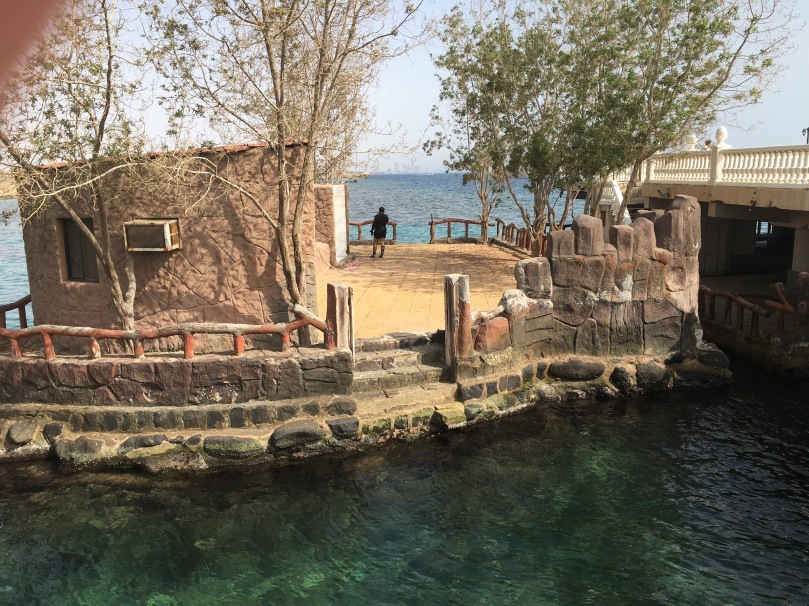 This is the closed dive island 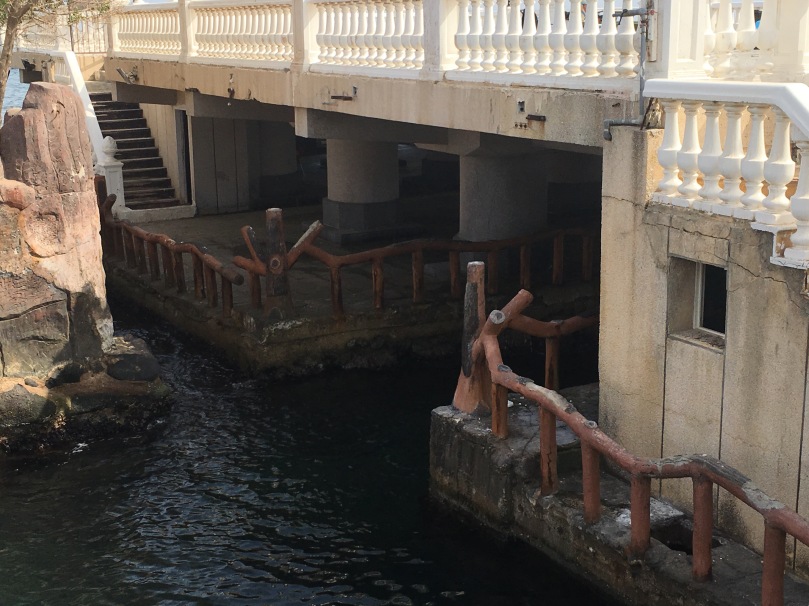 This is the pretty new balcony area that we are fishing off of.