Today was primarily eating and lounging, with some scooter riding thrown in for excitement!

The scooters toured us all around the city, stopping at pre-arranged restaurants to eat different local foods. We had some delicious meals and were given the opportunity to eat a fertilized duck egg. I couldn’t do it. Some friends did.

The first course was a green papaya salad with liver, which was surprisingly good as I generally dislike liver. The liver here is marinated in honey, garlic and other spices and then dried. The consistency was that of beef jerky which I found much more palatable than the texture of liver prepared fresh.

Course number two was fried quail which was delicious! You could eat it like tiny chicken wings but I preferred it prepared as a sandwich with herbaceous greens on the Vietnamese baguette (bánh mi) which is much lighter than a French baguette. You can see the quail head in a photo below. I took a pass on that part.

We then moved on to a crab dish that had noodles and rice pops. The broth was coconut milk based and the dipping sauce was chili and lime.

Onward to pork pancakes that were cooked outside in a barbecue style. My friends gave the cooking a try. This is where we were given lessons in how to consume the such egg. When she said “you start by cracking a small hole in the top and sucking out the liquid,” it was game over for me.

Last course was my favorite, coconut ice cream with either mangoes or black rice and frozen yogurt with hibiscus flowers. Yum! 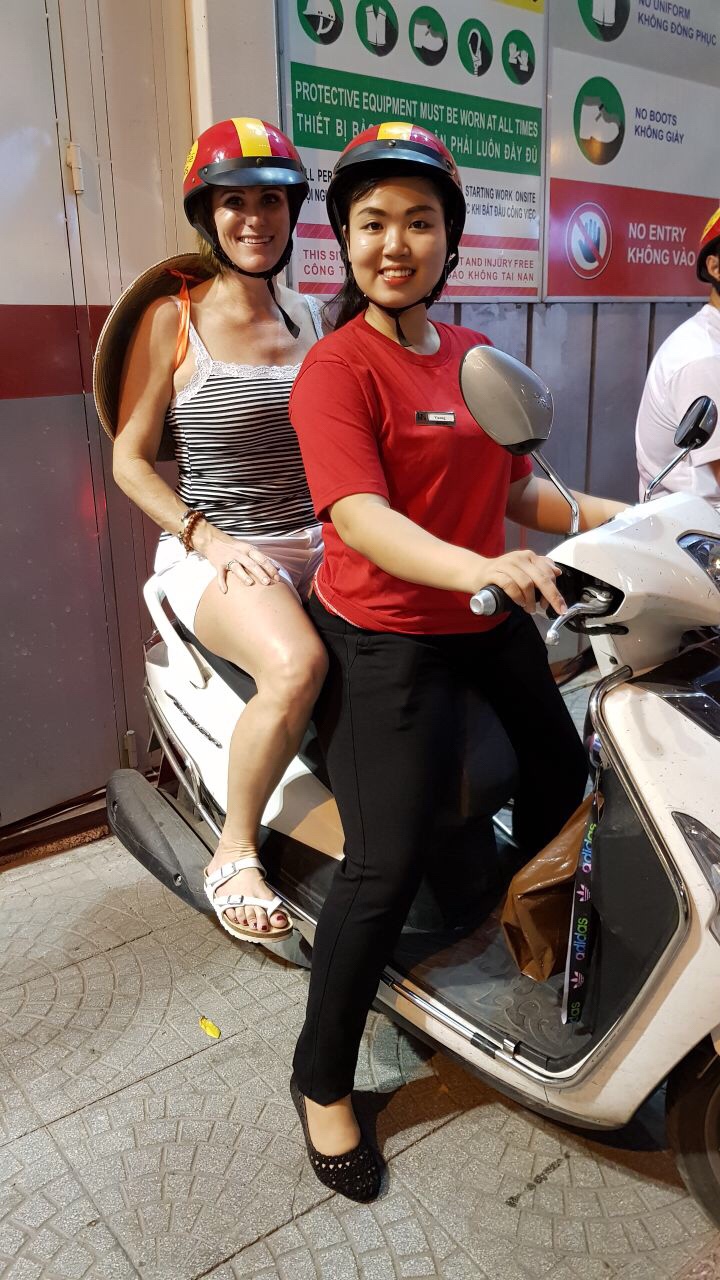 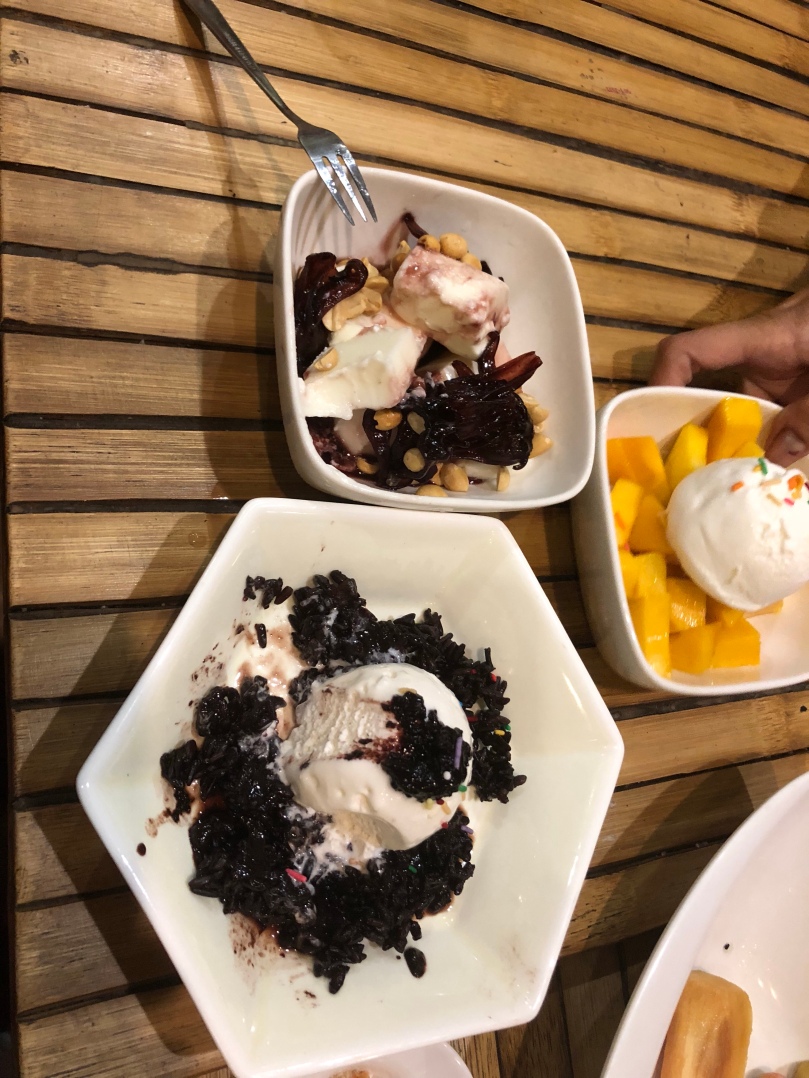 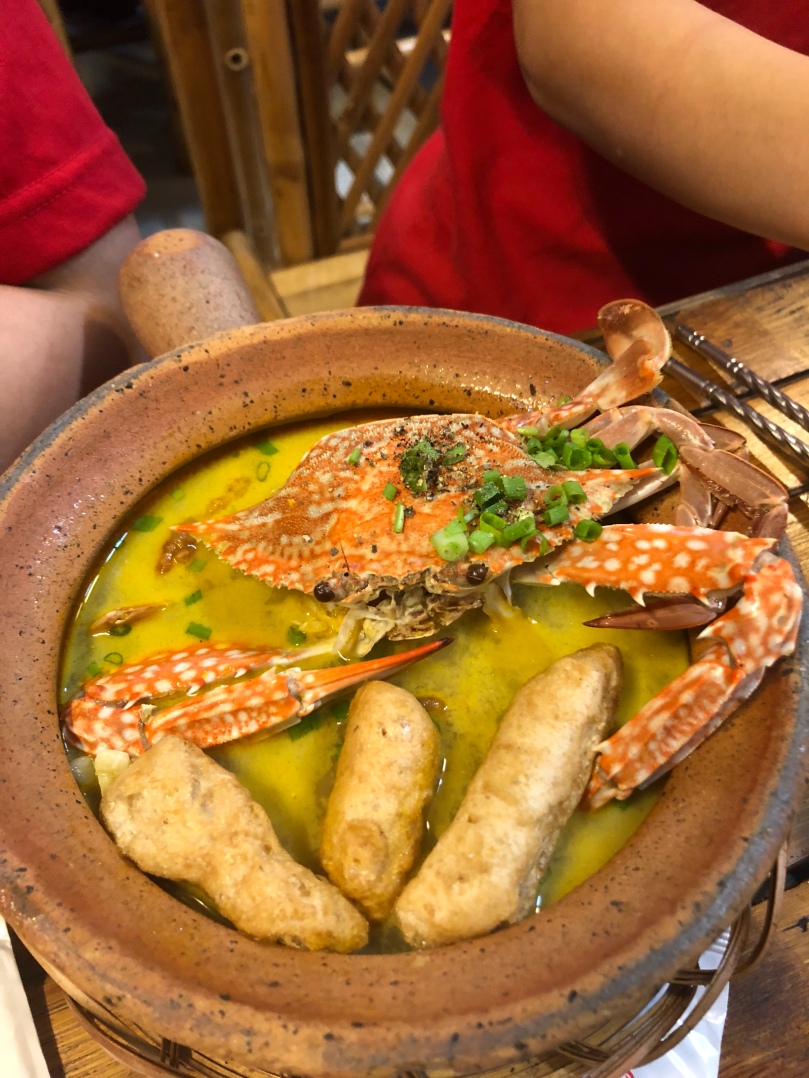 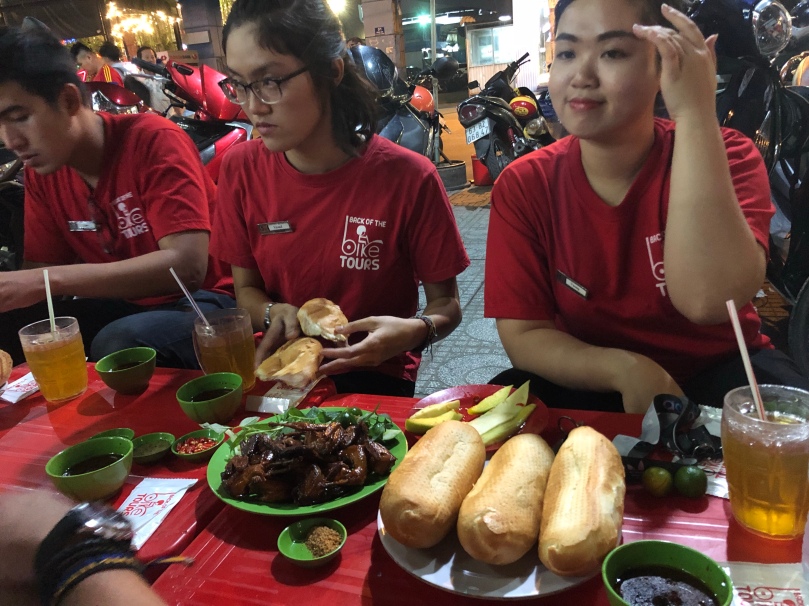