Yesterday saw us traveling outside the city center to the Cu Chi Tunnels.

The tunnels of Củ Chi are an immense network of connecting underground tunnels located in the Củ Chi District of Ho Chi Minh City (Saigon), Vietnam, and are part of a much larger network of tunnels that underlie much of the country. The Củ Chi tunnels were the location of several military campaigns during the Vietnam War, and were the Viet Cong‘s base of operations for the Tết Offensive in 1968.

The tunnels were used by Viet Cong soldiers as hiding spots during combat, as well as serving as communication and supply routes, hospitals, food and weapon caches and living quarters for numerous North Vietnamese fighters. The tunnel systems were of great importance to the Viet Cong in their resistance to American forces, and helped to counter the growing American military effort.The immensity and complexity of the network of tunnels is mind boggling. We went into a few of them and they are VERY narrow. If I hadn’t put my hands up over my head, my upper body would not have cleared the entrance. It was uncomfortable being down there knowing that I would safely exit within a short distance. I can’t imagine being in there during war time and not knowing what you may find around the next bend. I have great respect for the service men that entered those tunnels. I don’t think I would be able to force myself down in there under those circumstances.

This is the actual size of the entrance and it doesn’t get a lot wider inside. In the photos you will see below, of the inside of the tunnels (and a guy’s butt traversing in front of me,) have been widened by 30% for tourists. And guys were on hands and knees to make it through. 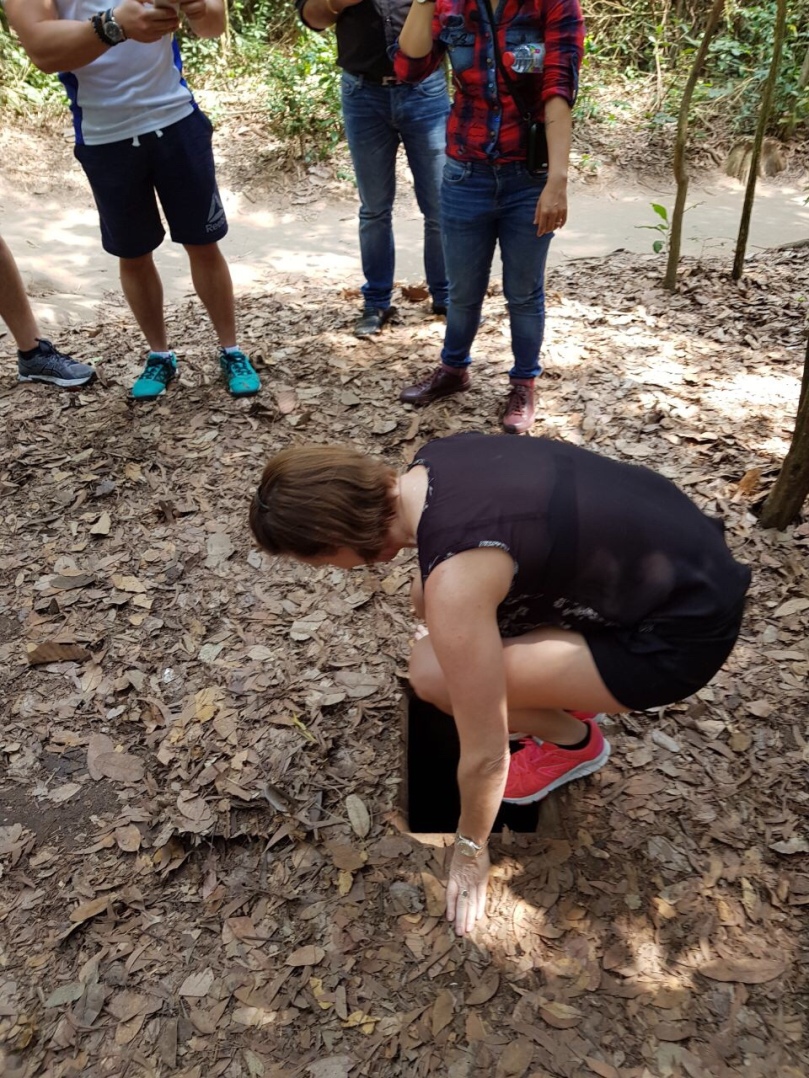 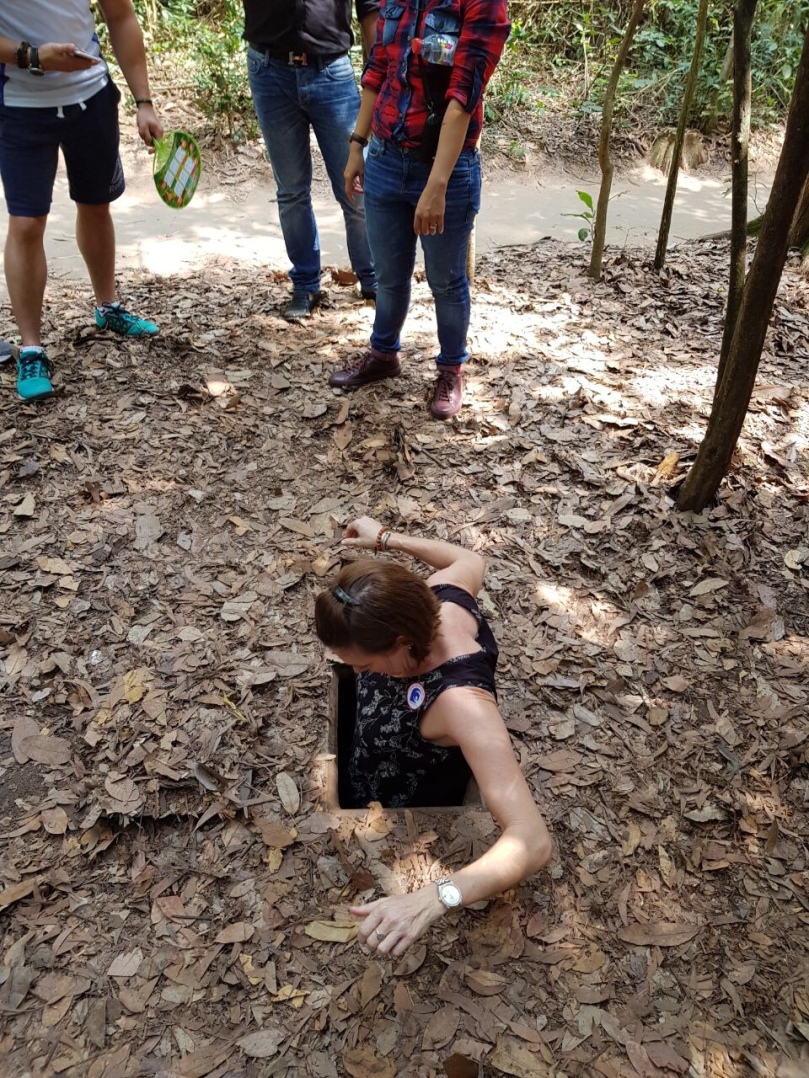 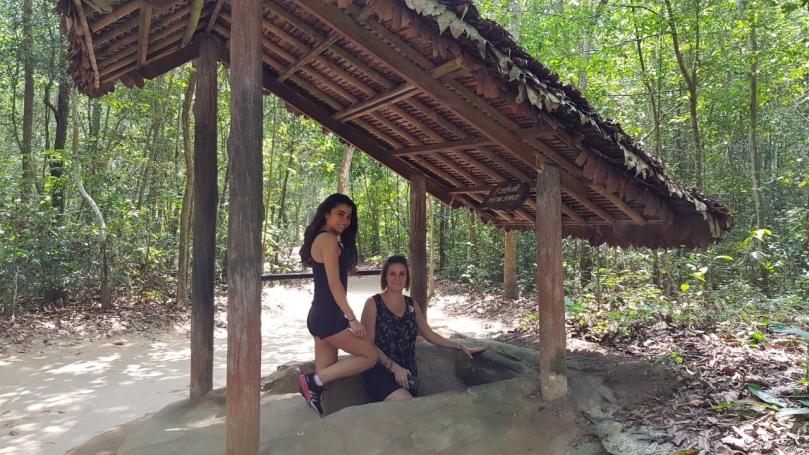 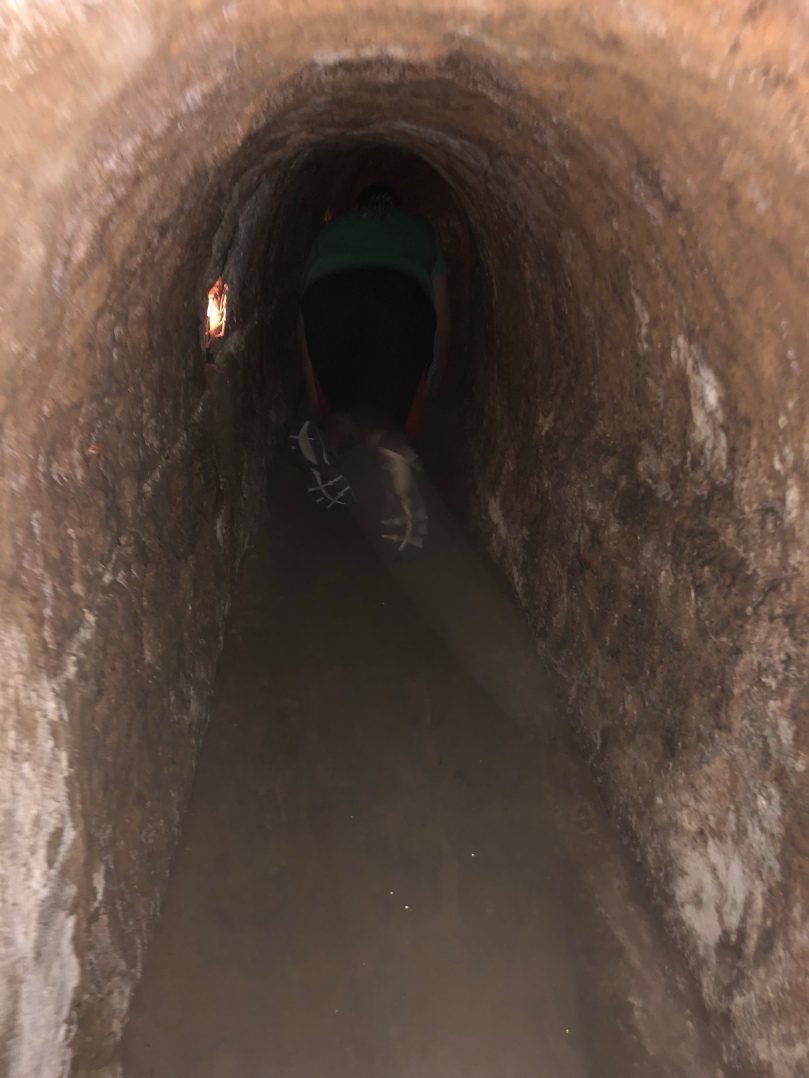 Remember that these two photos show tunnels that have been widened by 30%! 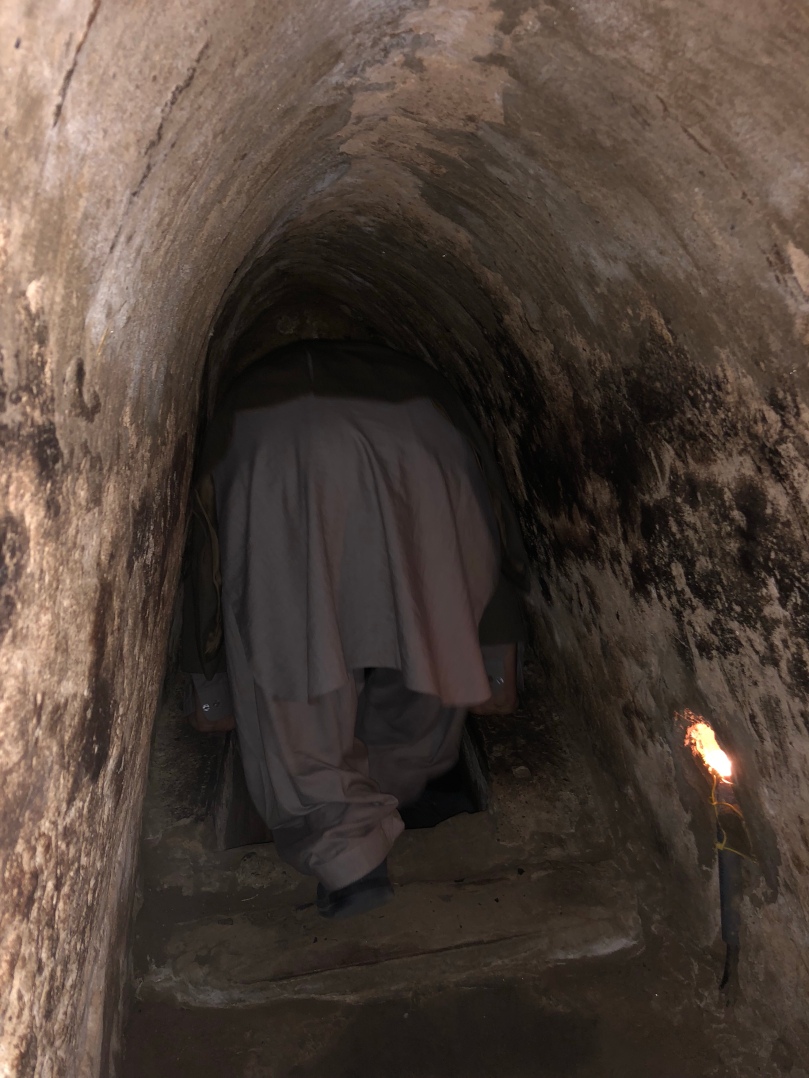 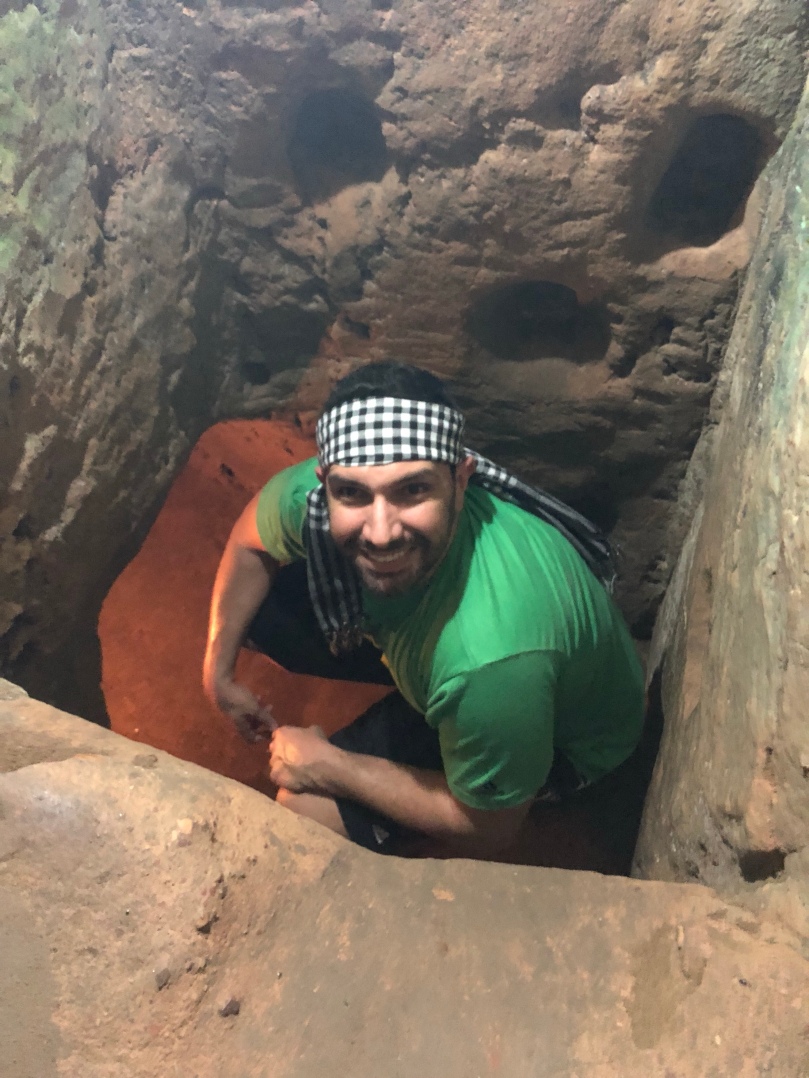 We also saw a display of many different booby traps that the Viet Cong soldiers set for US soldiers. I can’t imagine what a terrifying experience that war must have been. 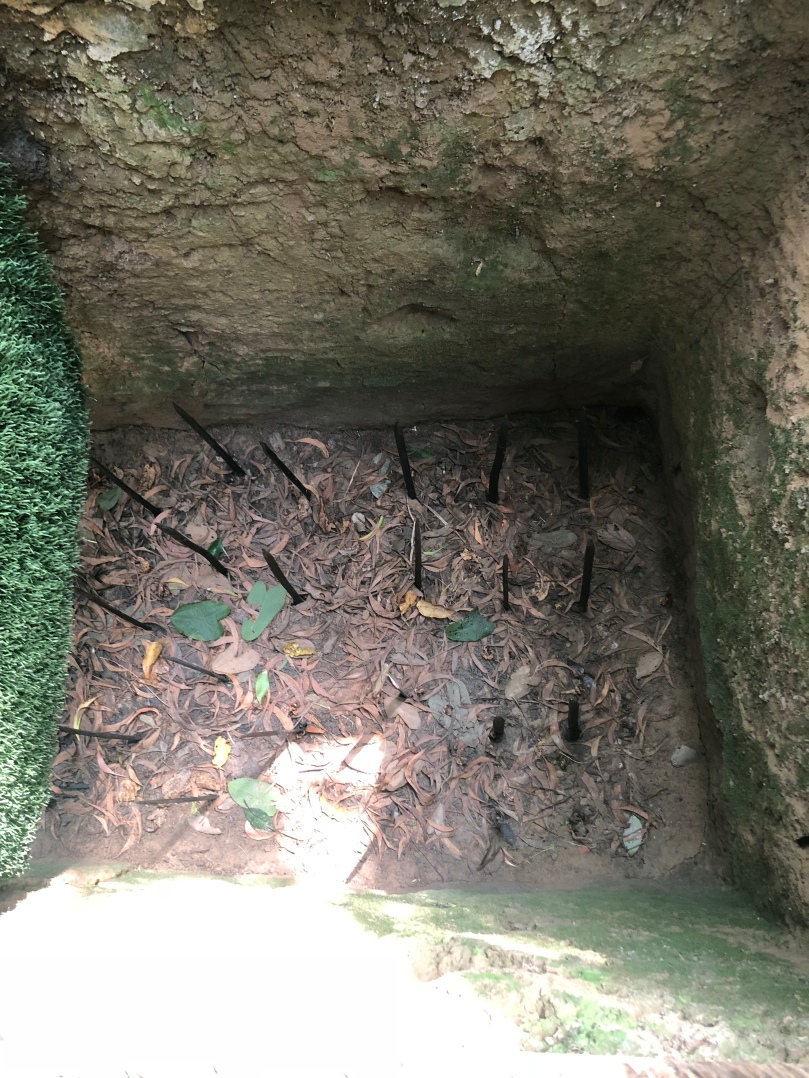 Pungee sticksAfter the tunnels we tasted a “specialty” of Vietnam, Snake Wine. It is wine with a cobra and scorpion stewing in it. It wasn’t good but it wasn’t bad, either. Tastes like crappy whiskey. Looks awful! 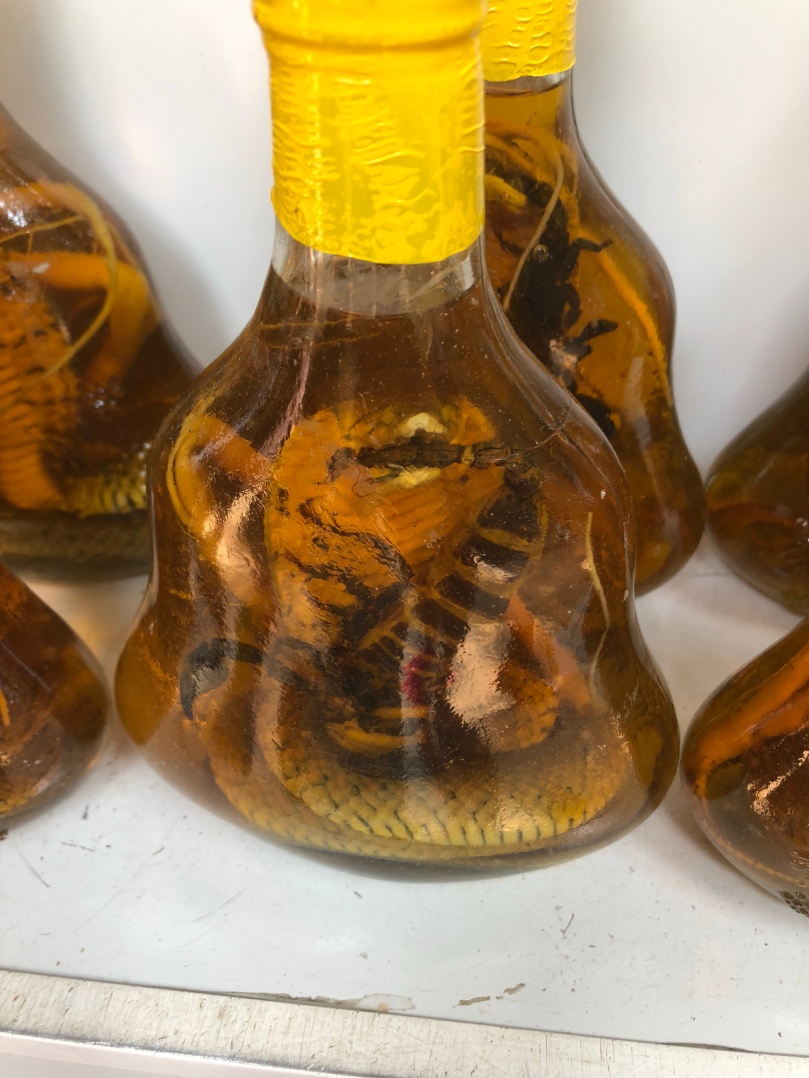 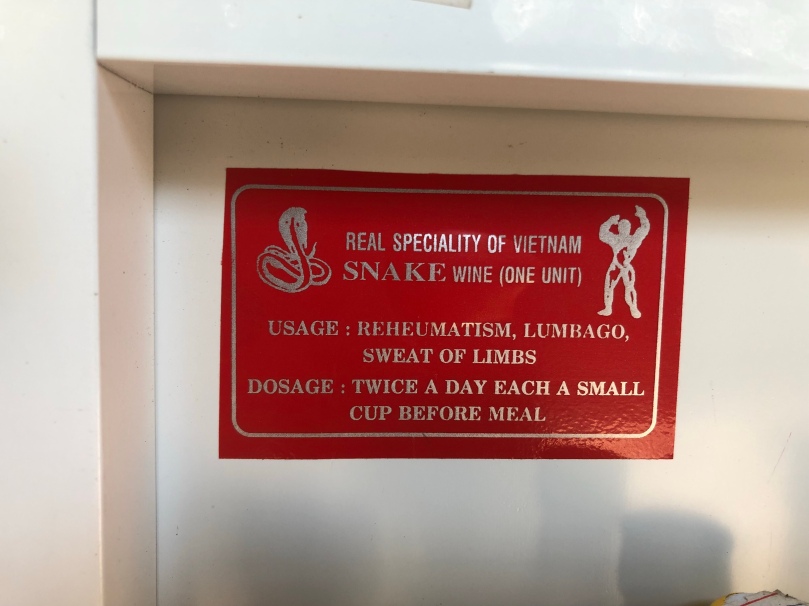 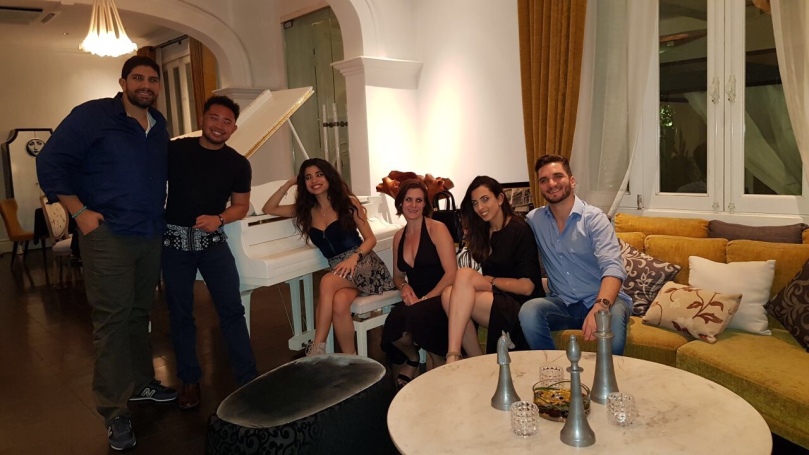 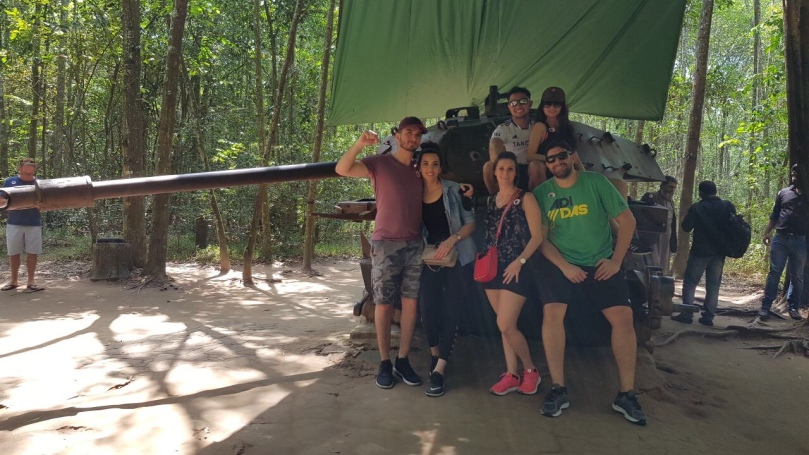 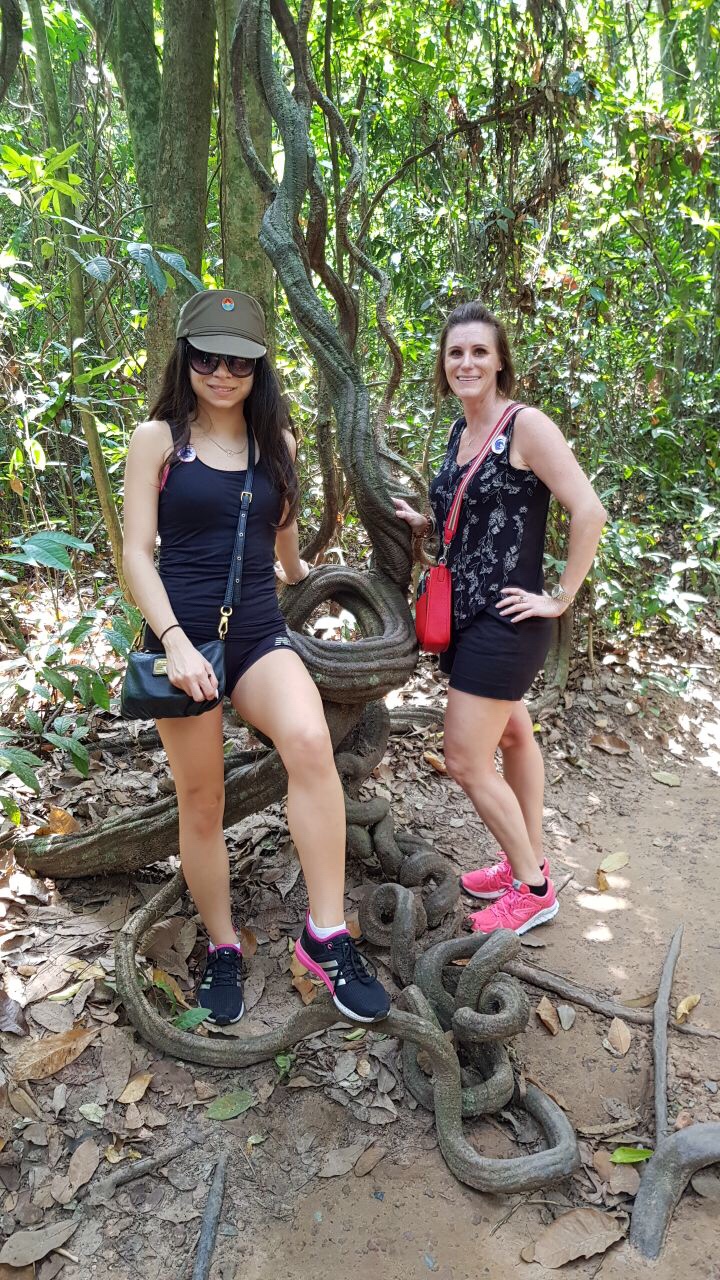 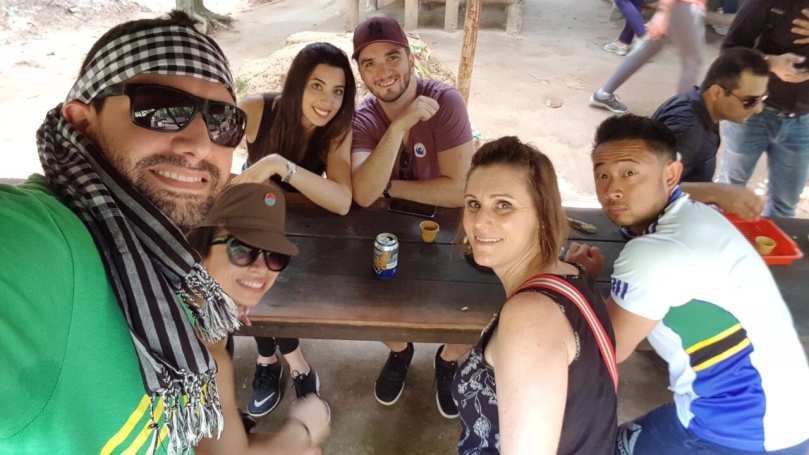 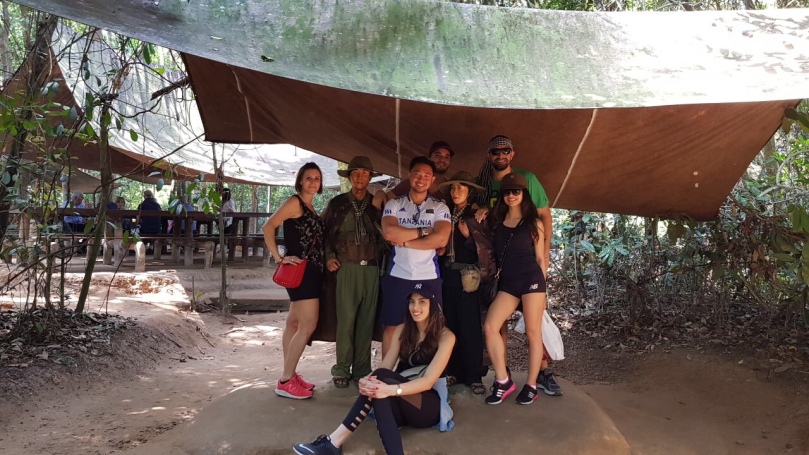 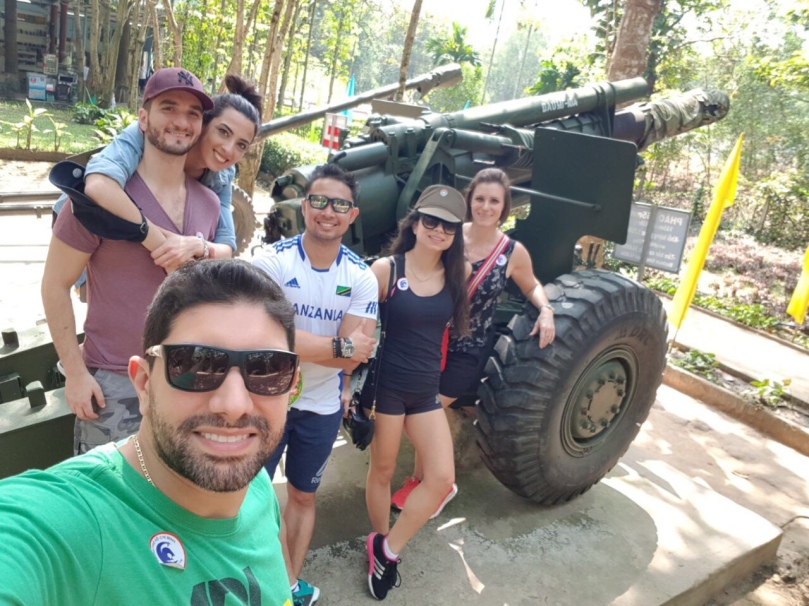